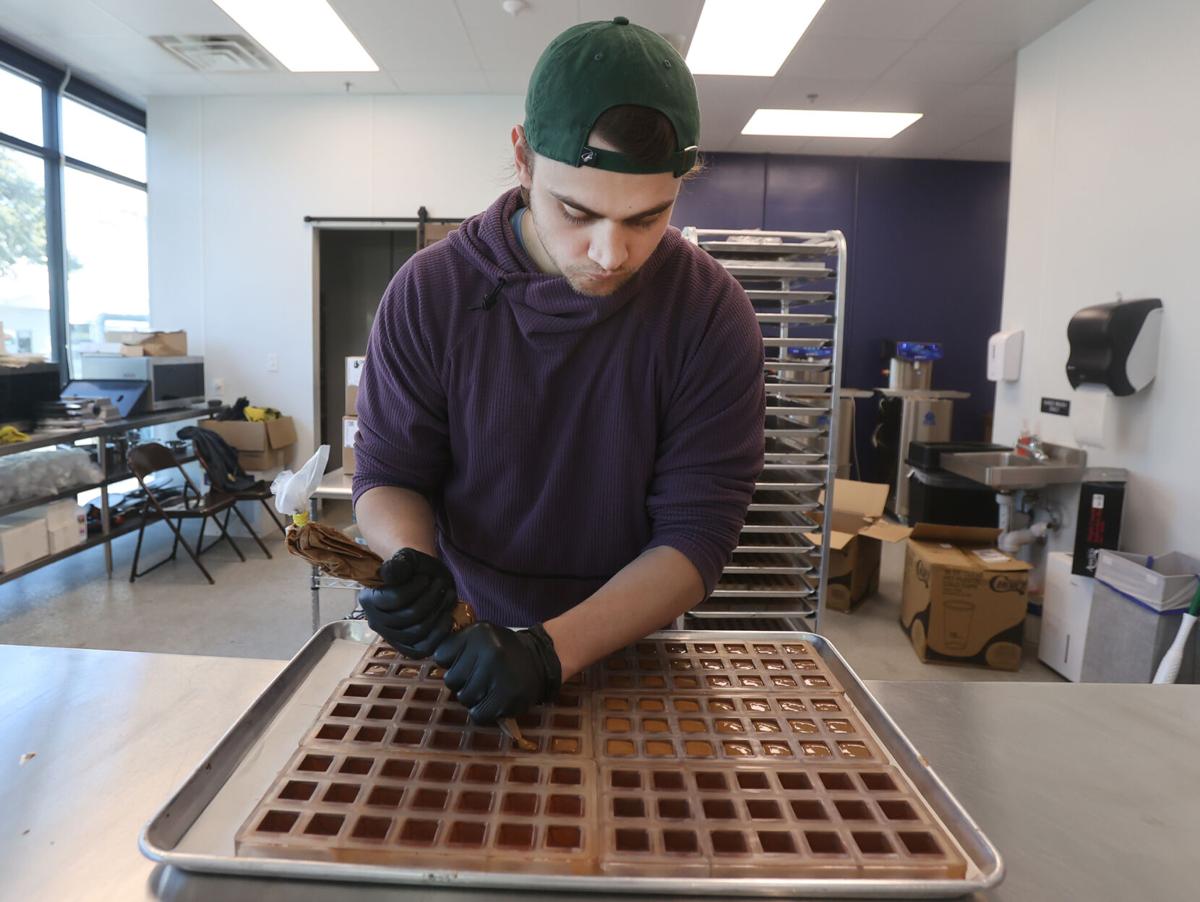 Splendid Oaks Chocolates owner Kevin DeVries said the shop did not sell a single piece of chocolate on its first Valentine’s Day last year as the historic freeze took hold. But the shop at 11th Street and Franklin Avenue held on and can expect a high of 70 under sunny skies for its second Valentine’s Day. 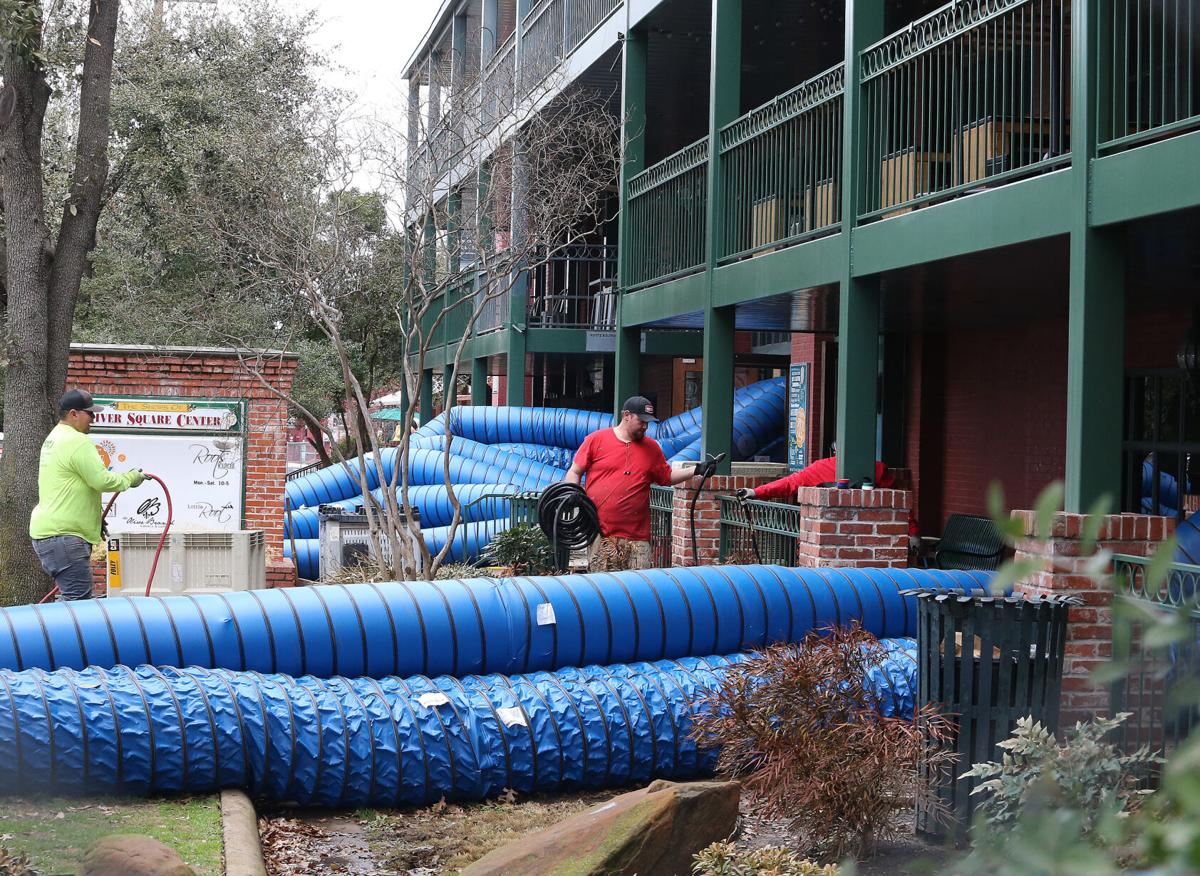 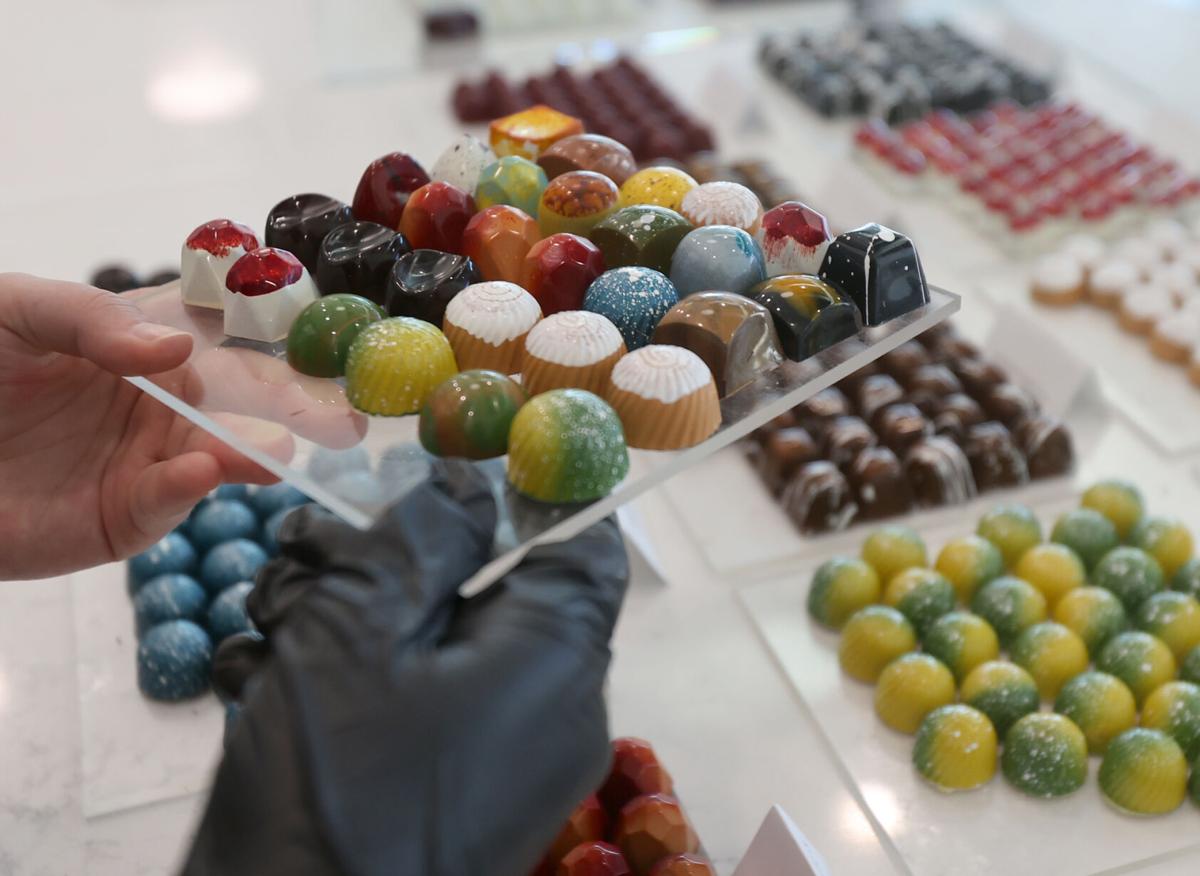 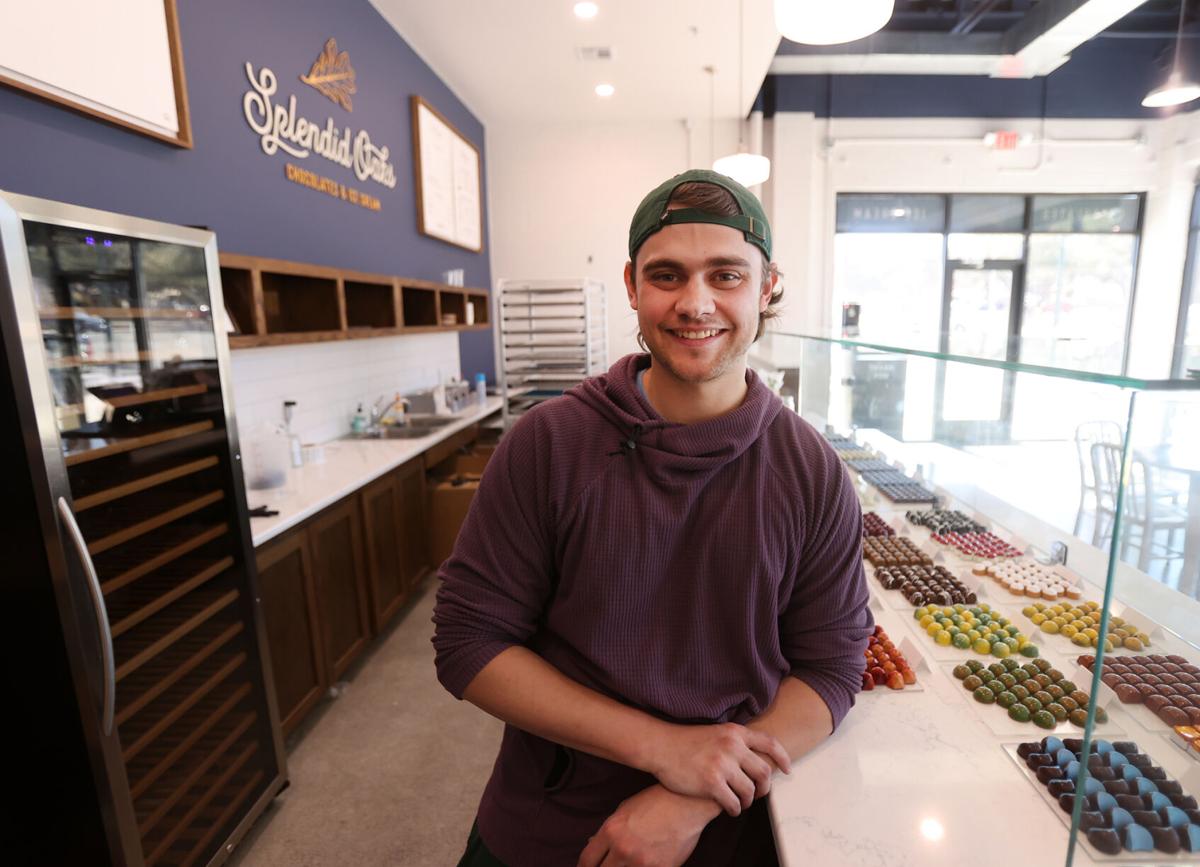 Splendid Oaks Chocolates owner Kevin DeVries and his staff have been making an average of 4,500 to 5,000 pieces of chocolate per week to prepare for the shop’s second Valentine’s Day. The holiday was a wash last year because of the historic freeze.

Kevin DeVries shudders recalling what happened to him and his sweet shop last February about this time. His Splendid Oaks Chocolates was celebrating its first Valentine’s Day ever, and Devries had whipped up about 7,000 pieces of fine candy. He expected a banner day, a crowded counter.

It is not that customers gave Splendid Oaks the cold shoulder, or that they decided to freeze-out Devries and his inspired creations. They simply chose not to venture out for Belgian chocolate with a historic and deadly winter storm menacing.

“Our regular drivers didn’t want to drive, so we had contract drivers help us out,” Reed said of the challenge she faced last year putting flowers in the hands of people dear to the hearts of senders. Weather conditions were awful. Her staff was dwindling. And Valentine’s Day fell on a Sunday in 2021.

One year later, Reed’s Flowers stays busy, but not so much as it once was. Debbie Reed said she has fewer employees. Supply chain issues mean merchandise may prove elusive. Glassware is hard to find.

She quit taking orders for arrangements Thursday, four days before Valentine’s Day, giving her staff ample time to complete their tasks. On Monday, drivers would make about 200 deliveries, not quite the 350 Reed’s would undertake once upon a time. The institution at 11th Street and Austin Avenue was founded in 1930, so it has a rich history to draw upon.

The Olive Branch and Spice Village both found themselves all wet last February. The hard freeze burst a sprinkler system in their home, River Square Center at Second Street fronting Franklin Avenue, sending water cascading throughout the premises. Leah Stewart kept her Olive Branch restaurant afloat, sort of, by using a donated church kitchen to prepare her rib-sticking meals for events. She returned in July to River Square, occupying a larger, remodeled space just below Spice Village.

If Saturday is any indication, The Olive Branch has recovered nicely, thanks. It was a treat to the senses, the aroma of breakfast and early lunch wafting to anyone entering River Square’s ground floor. The dining room was packed with young and older, a smattering wearing Baylor University’s green and gold on a day that would bring comfortable home wins for the Bears’ men’s basketball team over the University of Texas and the women’s basketball team over West Virginia.

A woman from Houston riding the elevator to Spice Village said she was in Waco to meet a daughter involved in sports video productions for the University of West Virginia. She stopped to browse Spice Village, joining what appeared to be a steady flow of humanity. Proprietor Jennifer Wilson moved Spice to 924 Austin Ave. between May and mid-August, waiting for River Square to dry out and the repairs and remodeling to conclude.

Meanwhile, back at the chocolate factory, DeVries said the weather conditions that prompted his brush with financial hardship were “brutal.”

“It was our fifth month open,” said the Baylor graduate and chef-trained chocolatier. “But it felt like we were in our first chapter of growth.”

DeVries had to swallow hard and play the hand he was dealt. He gave away chocolate to friends and family. He put much in not-so-cold storage, knowing his treats enjoy a shelf life of 45 days to nine months. Spring break would arrive in March, he thought, bringing tourists with sweet dispositions.

He survived, and Splendid Oaks appears to be thriving.

DeVries said he began preparing for the shop’s second shot at Valentine’s Day back in October. He and his crew have averaged making 4,500 to 5,000 pieces a week since the new year began. Bulk orders are arriving, but walk-in traffic remains the sweet spot at Splendid Oaks. Product may reside in a climate-controlled room pegged at 60 degrees and 60% relative humidity until it sells.

No, the chocolates are not inexpensive, and DeVries does not apologize for his price structure. He pursues the best ingredients in the world, sourcing bulk chocolate from France, coconut shreds from the Philippines, pistachios from Italy and whiskey from Balcones Distilling, produced just across the street.

He will offer 32 flavors this Valentine’s Day, up from 20 last year.

Expanding to multiple locations around Texas is a notion that appeals to DeVries. Such a move probably would require a production facility. Now everything is made in-house at 11th Street and Franklin Avenue.

Get the latest local business news delivered FREE to your inbox weekly.