The Five: Best Batman Gadgets From The Movies – Comic Watch

Whenever we discuss the person of Batman, there are many things that get brought up: the billionaire-vigilante dual identities, his vehicles, bat suits, villains, etc. But undoubtedly one of the topics that you cannot separate from the person of Batman is his tech. Batman’s ability to create gadgets to help him fight crime and get him out of sticky situations has always been a staple to the character both in the comics and in the movies (in fact, this was something we discussed on my podcast when we talked about the character of Batman as well as Batman films with Michael Rothman).

With over 75 years of Batman films, here are my top 5 Batman gadgets from the movies, as well as a couple of honorable mentions (thank you to my Twitter friend who inspired the honorable mention section for me, who goes by “Fat Thor”). 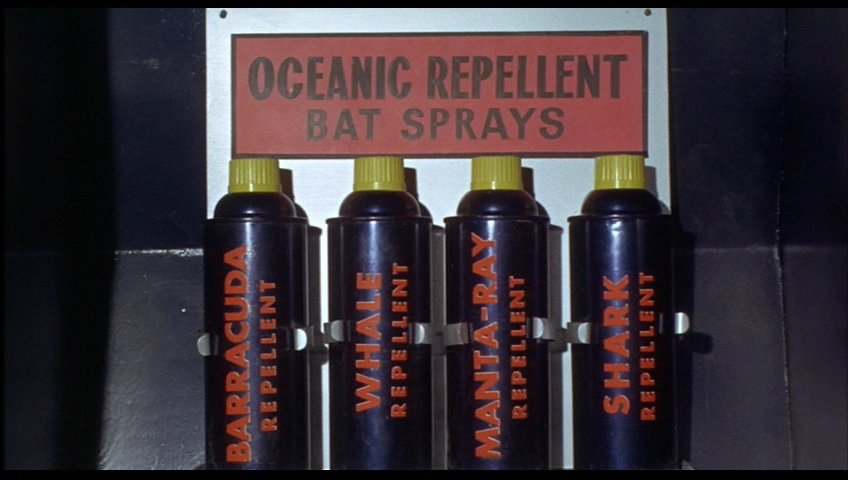 Did this really make my top 5 list? Yes. Why? Because what other gadget or tech is so impressive while at the same time so unnecessary unless you happen to come across a shark eating your leg? As ridiculous as this tech is, you have to admit that this aligns very much with the person of Batman, who is always thinking ahead of what he may possibly need in the future to help fight crime, no matter how ridiculous the odds are of a shark eating your leg is happening (after all, as long as he has enough prep time…). This is probably one of the best representations of how forward-thinking Batman is, and that you will definitely lose in a game of chess against him.

This gadget was such an impressive feat when I watched the movie as a kid in 1992. For us non-millionaire types, things like GPS and RFID that would make this sort of thing possible didn’t exist commercially yet for us, so it was so cool to see tech that can automatically detect people around you and then knock them out (except for the last criminal in this movie, of course). This tech was such a great use of imagination and ingenuity that it has now become part of the Batman Arkham game series. (Besides, I’m sure if I had this as a kid, I would have used this against my brothers). 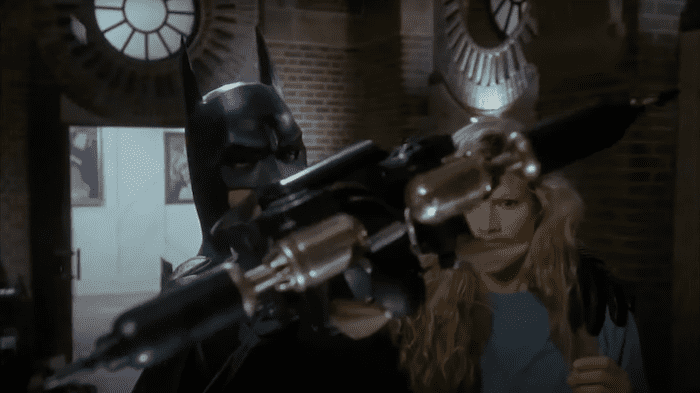 With the exception of the movies prior to Batman: The Movie (1966), every Batman in the movies has had some version of the grappling gun. And what’s great about this is that not only is the style for each movie has been so sleek, practical, and creative by the production team, but they have been used in a very inventive way in the movies as well. But the one that stands out for me the most is particularly the Michael Keaton Batman in Batman. This gun was primarily used to help him escape and zip up to the top of the buildings, but I absolutely loved how he can use the same gun to create a zipline to escape Joker and his crew in the famous gassing scene with Vicki Vale. This has become an icon shot and scene for this reason, and we haven’t seen it used in a similar way since then. 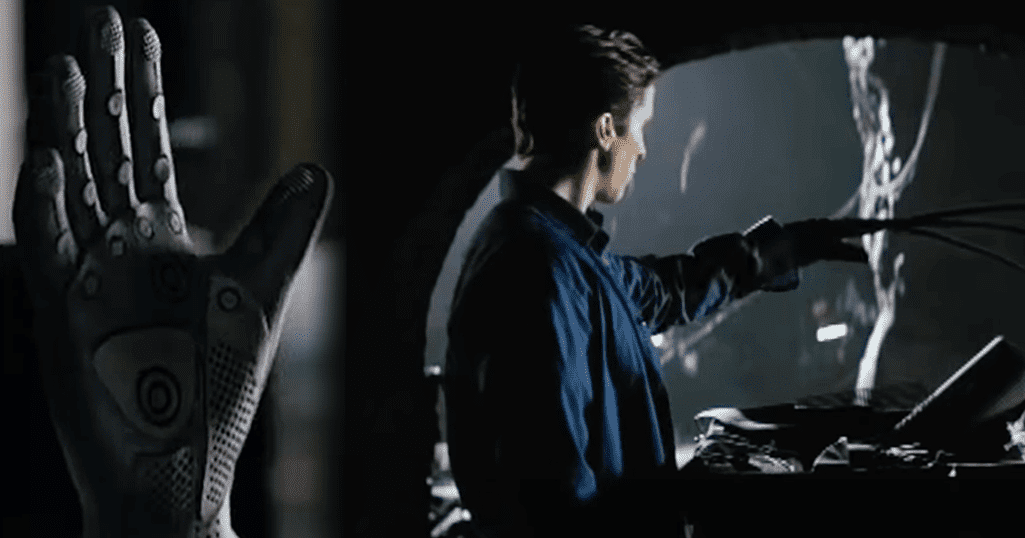 One of the coolest things about Batman is how he glides throughout the city. We first saw this in Batman Returns (1992) when Batman uses a mechanical device built into his cape to achieve this, and this makes sense given the time of the movie release. With Batman Begins, however, we see some really cool tech and gadgets that were futuristic and reserved for military contracts, and one of those gadgets is the memory cloth that allows Batman to use his cape as a winged parachute to allow him to glide from place to place. This is probably one of the most inventive and practical ways to show how a cape can serve several purposes for Batman while making it seem realistic and impressive on a technological scale. 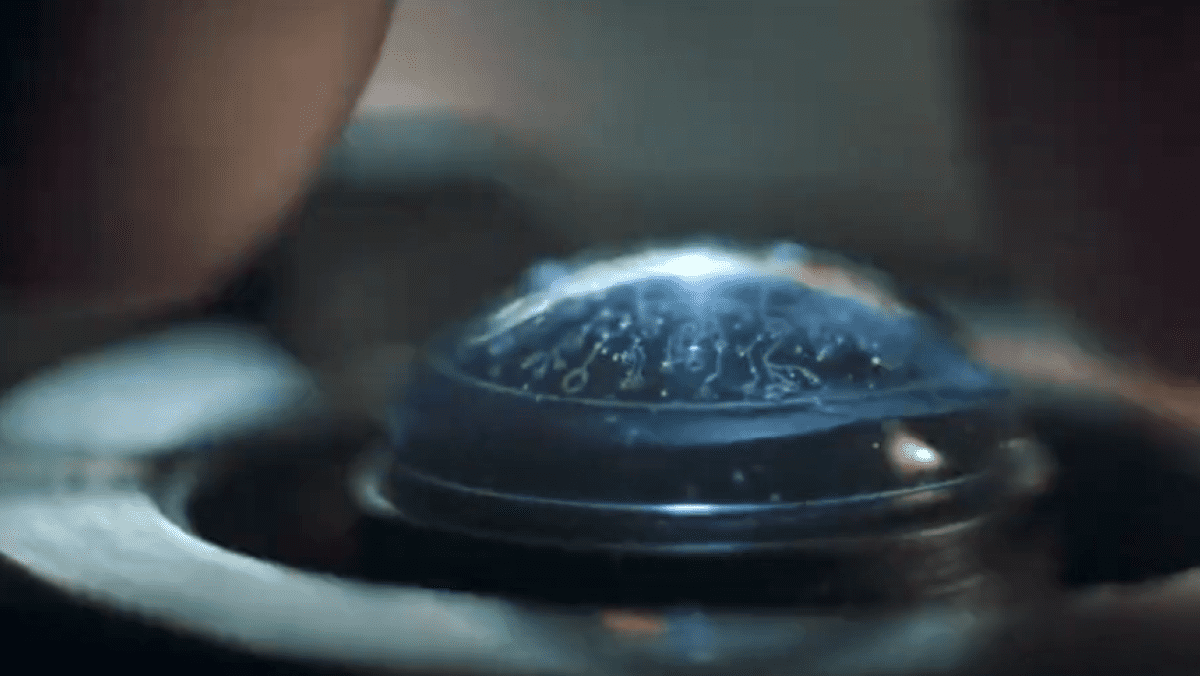 This is my favorite Bat gadget for multiple reasons. First, this is reminiscent of one of my favorite Batman comics, the run of The Court Of Owls by Scott Snyder and Greg Capullo, where it was used as a device to help the reader know who the characters are and provides some background. But I also love this gadget from the movie because it makes complete sense for Batman to use something like this to help him solve crimes after he has visited the scene. This is a very complex and advanced gadget for Batman to use, and it has a lot of practical uses for him when it comes to solving mysteries and fighting crime. It is also a great conversational piece to ask ourselves, “is there anything concerning with a vigilante who is recording everything he sees discretely?”

So those are my top 5 Batman gadgets. Below are two honorable mentions. 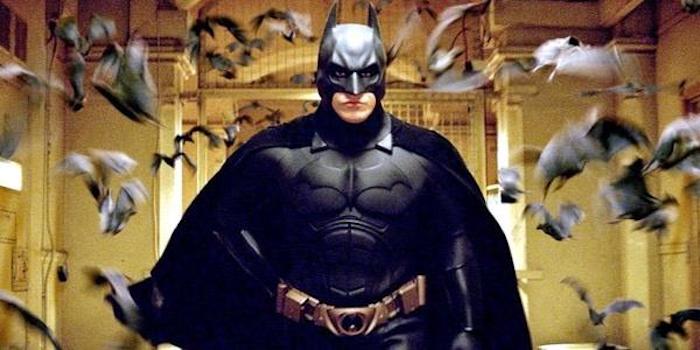 This piece of tech made my honorable mention list because this was actually a really cool way to cinematically solidify the “bat” persona of Batman while also making it practical. He used this device in the movie to help him escape, and what helps more with the lore of creating a Batman figure than to escape with a group of bats (unless you’re a vampire)? We’ve always had bats in the Batcave, but this is one of the only times we’ve seen bats used as a fighting tool. 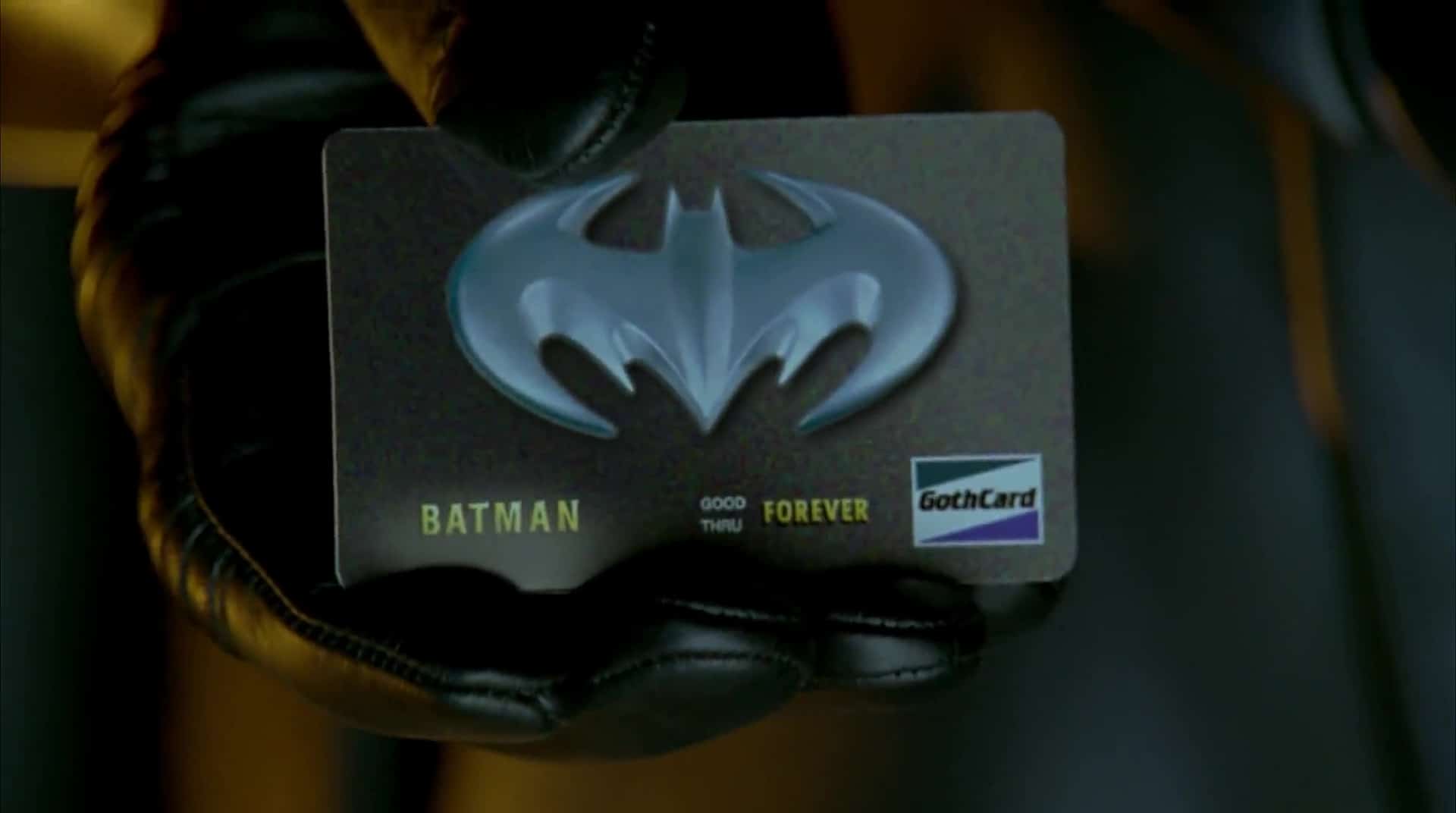 Now I’ll be the first to admit that the movie Batman & Robin is probably the most terrible movie of any of the Batman films. I rewatched it recently thinking it wasn’t that bad, and I was right – it was way worse than I remembered (to the point that I made a TikTok video about this). Now, this movie does have a few good scenes and elements about it, but it has a lot more terrible scenes such as this, where Batman whips out his Bat-Credit Card. Now, this makes an honorable mention for two reasons. First, again, this is terrible and cringy and I love it for that. Second, this also serves as a reminder of how Bruce Wayne can be Batman; because he is super-rich. I have a hard time imagining someone like Peter Parker with no superpowers being able to do the same thing as Bruce Wayne but without money or resources (or at least significantly more difficult).

Do you agree with this list? What are some other Bat gadgets you wish to see on the top 5 or honorable mention list? Let me know by tagging me on Twitter, @TheSeanHulkor my podcast @CaptionedLife.

The Five: Best Batman Gadgets From The Movies

Sean resides in Indiana, where he has been in the education field for over 13 years. He was first introduced to comics by his uncle when he was young and still remembers to this day reading the first issues of X-Men and Daredevil from his uncle’s comic book collection.Sean is also a podcaster where he cohosts and edits “The Captioned Life”, a podcast about comics and pop culture. He hosts it with his best friend, Kevin Stahlecker. In the little spare time he has, he also cosplays and is very active on the podcast’s social media accounts.Sean also spends his time with his wife and son. They love to travel; their favorite places are Walt Disney World and going on a cruise in the Caribbean.