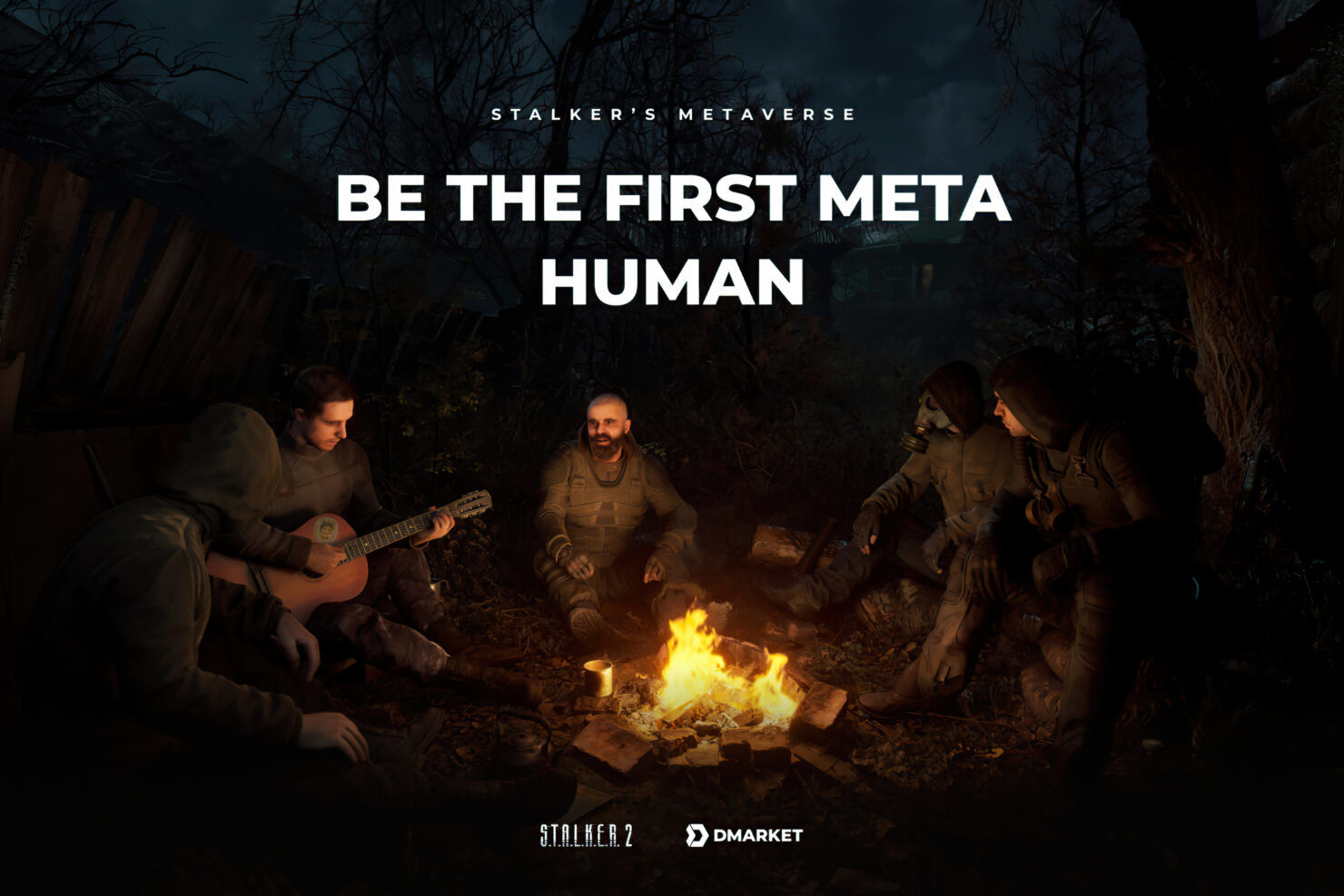 GSC Game World announced that STALKER 2, its highly anticipated open world first person shooter game made with Unreal Engine 5, will use blockchain/NFT technology to create the so-called STALKER Metaverse. Established in partnership with DMarket, a platform for trading NFTs and technology for metaverse creation, the STALKER Metaverse will allow players to own the rights to certain unique items in STALKER 2. The press release calls it the first time for a triple-A game, even though that title likely belongs to Ghost Recon Breakpoint after last week’s announcement of Ubisoft Quartz.

Beginning this month, fans will have the chance to register for ‘item drops’. The first one, an auction due to take place in January 2022, will sell the rights to recreate the owner’s face as a ‘metahuman’ NPC in STALKER 2 through photogrammetry. The second set of item drops, the ‘genesis packs’, will appear in February. These items, which won’t influence the gameplay or provide any kind of in-game advantages, will be tradeable even ahead of the game’s launch on DMarket’s platform.

We had the chance to discuss this surprising news with GSC Game World CEO Evgeniy Grygorovych; check out the interview below. As a reminder, STALKER 2 will debut on PC and Xbox Series S|X on April 28th, 2022.

When did you decide to adopt this technology in STALKER 2? Did you approach DMarket, or vice-versa?

We are constantly focused on game development which is crucial for us. At the same time, we are open to different technologies and offers developed by third parties that can potentially bring value to our community. And that’s how we met DMarket. They pitched us their technology that we believe will introduce our community to a whole new experience. I would call our relationship with DMarket an organic partnership that has grown from a mutual love and understanding of the gaming community’s needs and perspectives.

Will GSC benefit from the sales made through the  STALKER 2 Metaverse? If so, can you share details on how much GSC will earn per transaction?

Yes, we benefit from primary sales. But it’s fair to mention that GSC Game World and DMarket will put a chunk of money earned from the sales of the drops towards selected charities. It is something we’ve been doing for years and it’s an important part of our long-term social responsibility program.

So far, most if not all games implementing blockchain/NFT technology have been online titles. Do you really think that there is a space for this even in single player titles like yours, and if so, why?

Our NFT approach differs from the other players on the market. For example, there is an opportunity to be an in-game character, it’s something our hardcore fans will appreciate. As we see it, there is no problem with adding an NFT into a single-player experience, as long as:
– The offer is fun and valuable
– It’s optional and doesn’t affect the experience of others
– It doesn’t change the gameplay at all.

We try to stick to those rules. Also, we plan on adding multiplayer to the game after its release, and this is going to be a free patch. Besides, there is no difference between single player or multiplayer when there is true ownership and interoperability. It’s always fun and a new experience.

The first drop is said to be the recreation of a player’s likeness into STALKER 2 as an NPC. This isn’t the first time this happens in a game, though, and it didn’t have to involve blockchain/NFT. Also, I understand that one of the main draws will be the ability to trade rights to these items via the DMarket platform, but why would anyone get the rights to someone else’s metahuman? Would you then be changing that NPC’s appearance to match the new owner’s?

We are very familiar with the recreation process. Here is a video that will give you an additional perspective: https://youtu.be/FI2nsbKdaoU?t=202

Also, the person who claims the NPC in the game will still hold a metahuman right for further NFT trading or/and claiming it in the other game (still to be announced) from the publisher. The player will also be able to use the metahuman here.

Besides this, we are also looking at an opportunity for the owner of the meta rights to be able to claim the metahuman after the game release. Basically, there will be no limit to trading the related NFT until the owner claims it in the game and goes through the process of scanning and appearing in the game as an NPC.

Can you give us a hint to the kind of items that will be available in the following drops, starting with the genesis packs?

There is a strong anti-blockchain/NFT sentiment among gamers. Ubisoft recently introduced its Quartz platform and the reveal video quickly amassed an extremely high amount of dislikes on YouTube. Don’t you fear that this may influence the currently positive sentiment surrounding STALKER 2?

We believe our community will benefit and appreciate everything the Metaverse will bring. This includes rewards, winning assets, trading, and the opportunity to earn and have fun at the same time. Indeed, there is a certain tension towards blockchain and NFTs, because lots of things have been done improperly in the space. We are taking this path as we would like to be amongst the first who will bring their community to a new digital era.

Is there anything else you’d like to add about the STALKER Metaverse?

We think it’s a really special offer to the community and a great opportunity to “make the NFT thing right”. We are excited to see how it actually turns out.

Thank you for your time.