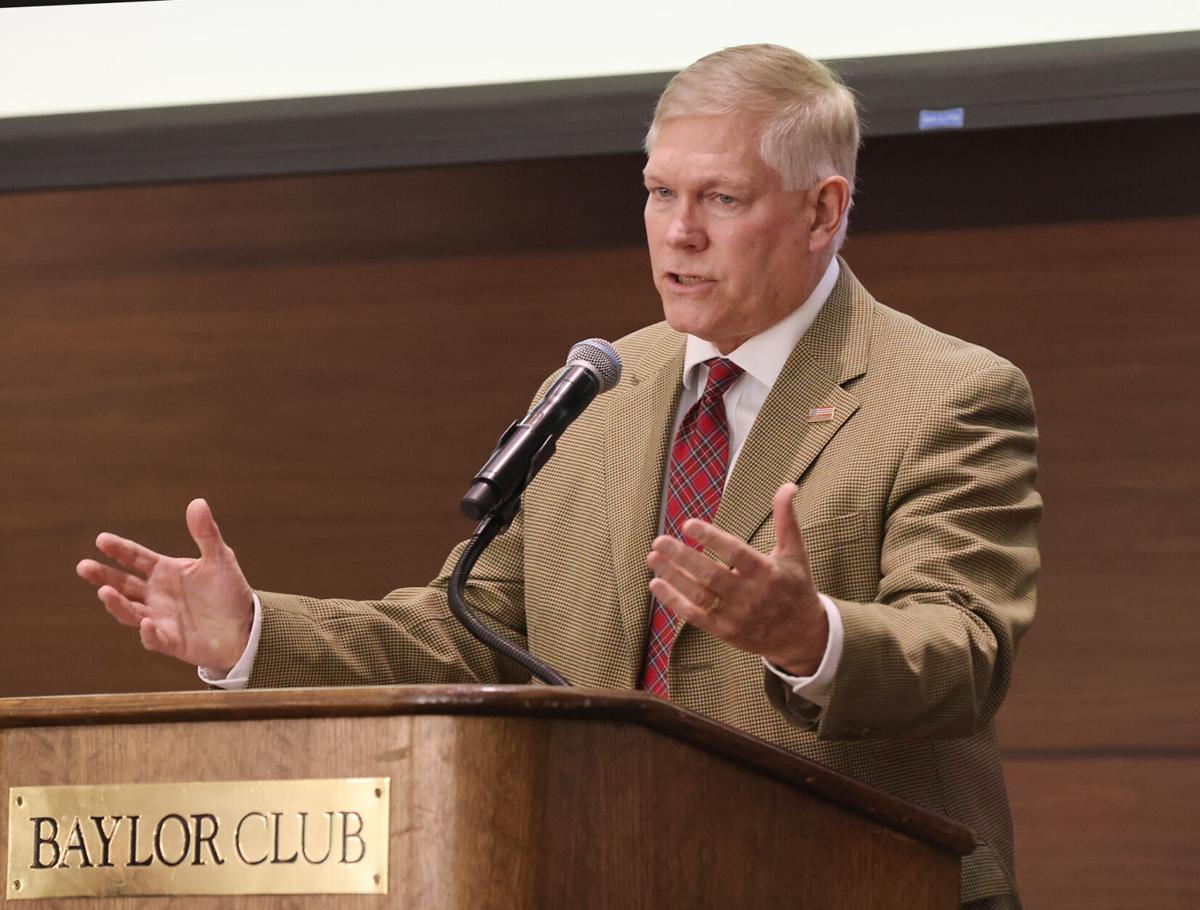 Rep. Pete Sessions addresses the State of the Nation event the Greater Waco Chamber of Commerce held Tuesday at the Baylor Club. 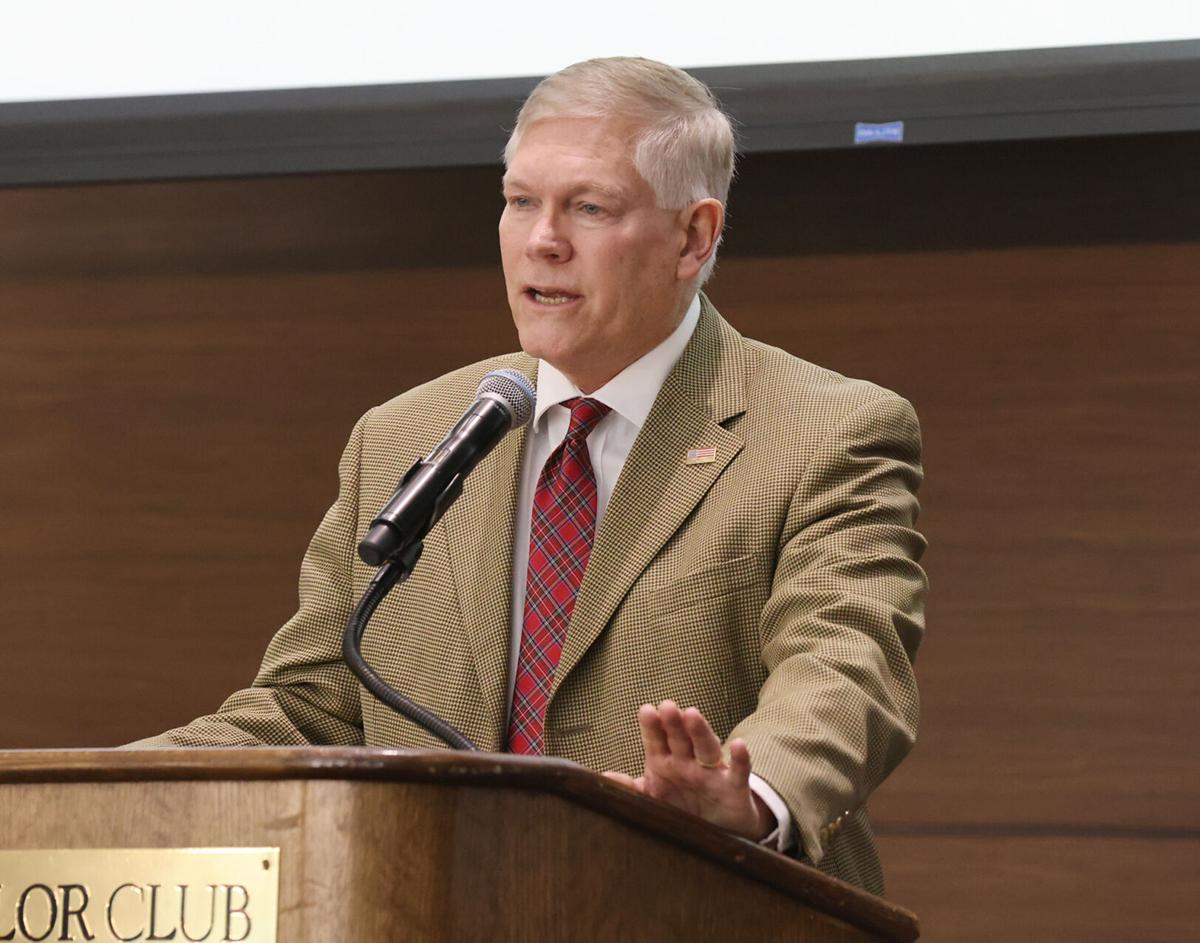 Rep. Pete Sessions addresses the State of the Nation event the Greater Waco Chamber of Commerce held Tuesday at the Baylor Club.

The keys to maximizing opportunities in Central Texas and the rest of the nation are to have a ready workforce, to improve housing availability and to try to reach some common ground in a country that has grown more divided, U.S. Rep. Pete Sessions said Tuesday.

Sessions, R-Waco, told a group at the State of the Nation lunch sponsored by the Greater Waco Chamber of Commerce that Waco has “a vast number of opportunities” but also faces a number of challenges, many brought on by President Joe Biden’s economic and domestic policies.

Addressing the business leaders in the room, Sessions said they represent the “very best of thinking” and help give the community direction. Sessions said government policies, in part, are creating worker shortages and increasing government regulation, supply-chain problems and inflation levels.

Sessions said a solution to the worker shortage is to “quit having the government pay them money to stay home.”

“All this other money that people are getting, the amount of money that the Democrats want to make permanent, the child credits, other things, this reminds me of people when they talk about money but they don’t want anybody to go back to work. We have to get people back to work in this country. There are help wanted signs everywhere, but people are receiving government benefits that compete against common sense and the temptation to go to back to work,” Sessions said.

Sessions, who represented a portion of Dallas in Congress for 20 years before being defeated and moving to Waco, also said the new District 17, redrawn during the redistricting process, will stretch him and his staff pretty thin. But he assured the audience that he lives in Waco now and his district office will be headquartered in Waco.

“The attack against Ukraine has been a part of what Russia has been doing for a long period of time,” Sessions said. “The United States needs to, with definite intensity, tell them that we will not tolerate that. It was done in ’56 with Hungary and Poland. It was done in ’42 with people who wanted to expand their territory. It is a threat to any sovereign nation. Russia is a threat if they will do this. Likewise, equally important with Taiwan, because Japan is there, too. And if the Chinese think they can do these things, they are making a mistake. Military force? Absolutely.”

Sessions said he thinks the Justice Department needs to expedite the cases of the people implicated in the Jan. 6 insurrection at the U.S. Capitol and finish the investigation, also.

“I have not seen but one person who got an extended sentence,” Sessions said. “I need to be point-blank and say the Department of Justice should move forward with every one of these cases. They are holding people in solitary confinement, they are holding them with charges that I do not think fit every one of them, and I believe that what the department should do is move more forcefully toward resolution and let’s get this thing over.

“I feel the same way about the Jan. 6 commission. Today, the Capitol Hill Police still have not received the training or the direction if it happened again tomorrow, and that is wrong. And it is wrong because we are playing politics in Washington rather than resolving and moving on. One of the things I want us to do is resolve our matters. Those people who did wrong things criminally should be held completely accountable for that. But let’s move this on. It’s an unparalleled, unprecedented investigation, but unless they are uncovering things that they have not told us even in private sessions about they owe it to people to move on,” he said.

Stay up-to-date on the latest in local and national government and political topics with our newsletter.