Patches Of Ice Could Creep Back Onto Waco-Area Roads Overnight, According To Forecasters – Waco Tribune-Herald

Patches of ice could creep back onto Waco-area roads overnight, according to forecasters 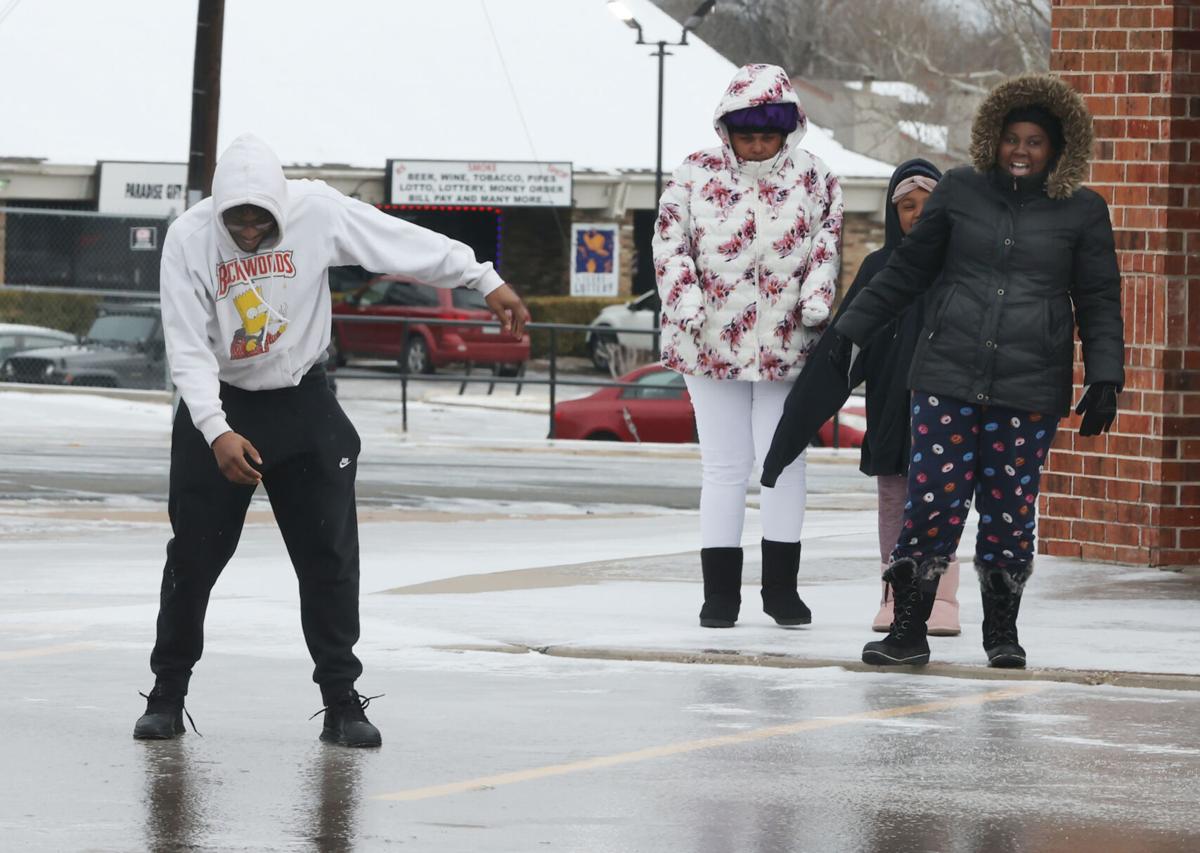 Walkers navigate an icy parking lot Friday morning near Sanger Avenue and New Road. Saturday’s forecast high of 39 with sunshine should be enough to clear up most remaining ice, though nightly freezes are likely to keep some ice around. 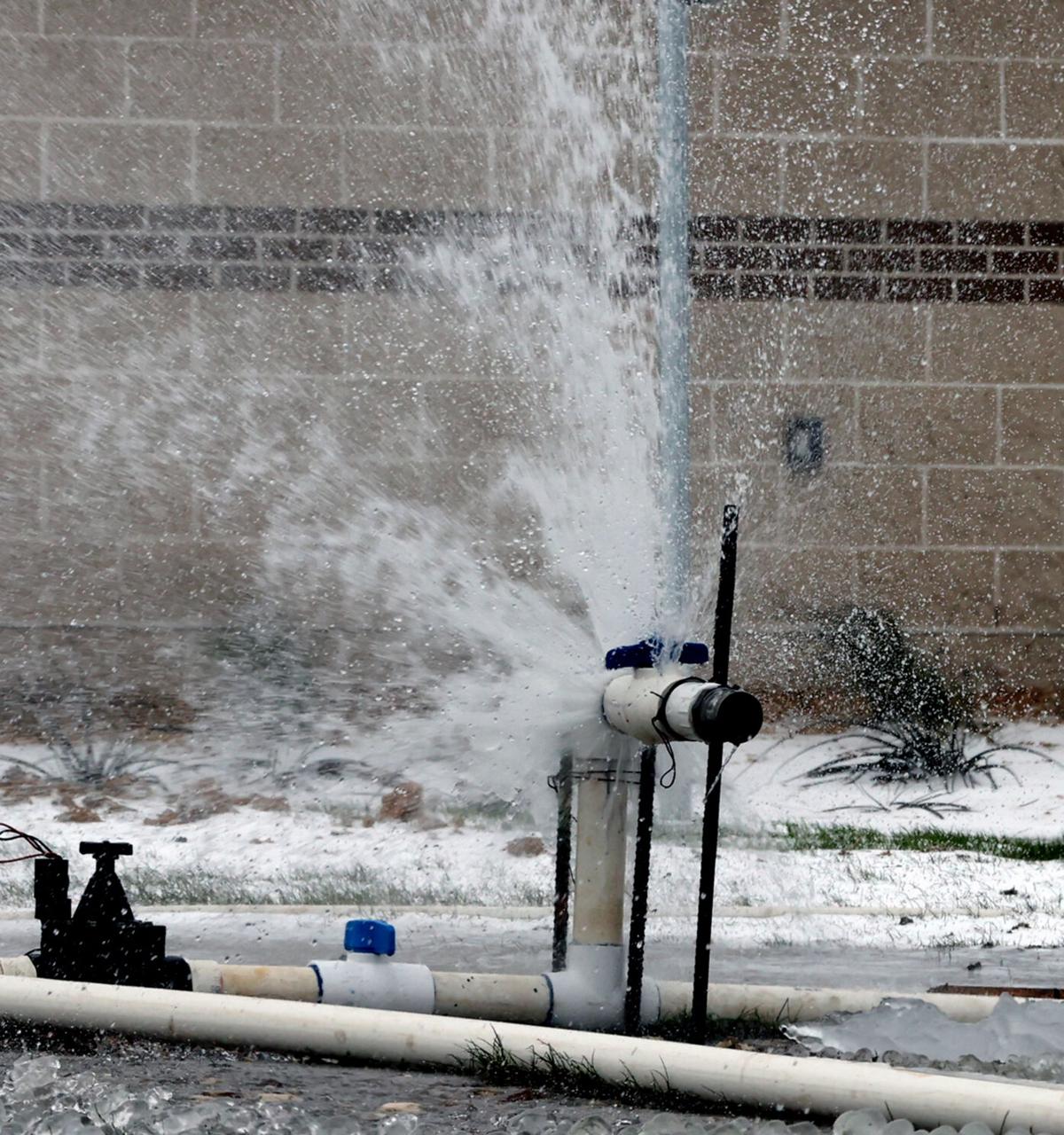 Water sprays from a temporary water system that sprang a leak near new sports facilities being built at Waco High School. City officials said more leaks are expected Saturday and Sunday as the ground thaws. 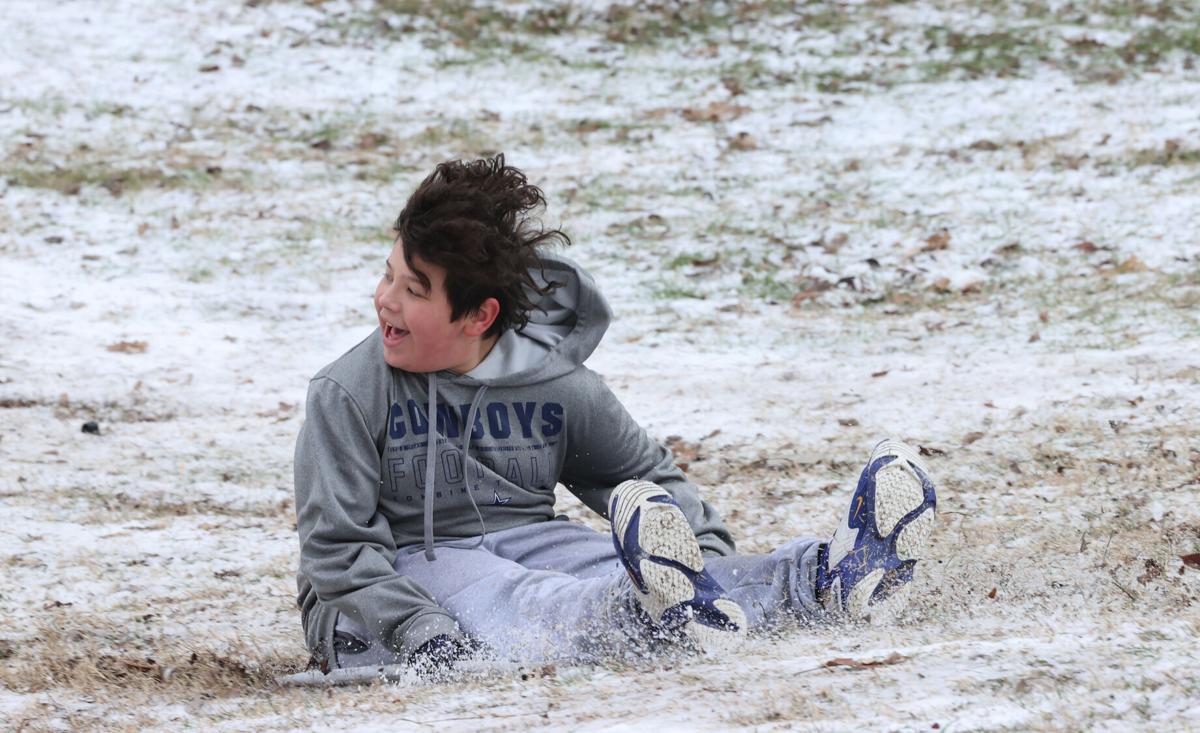 Xavier Rivera, 13, slides down a hill near Cameron Park on a makeshift sled Friday. Xavier and his brother and father said they had done enough sitting in the house and decided to get out before everything melts. 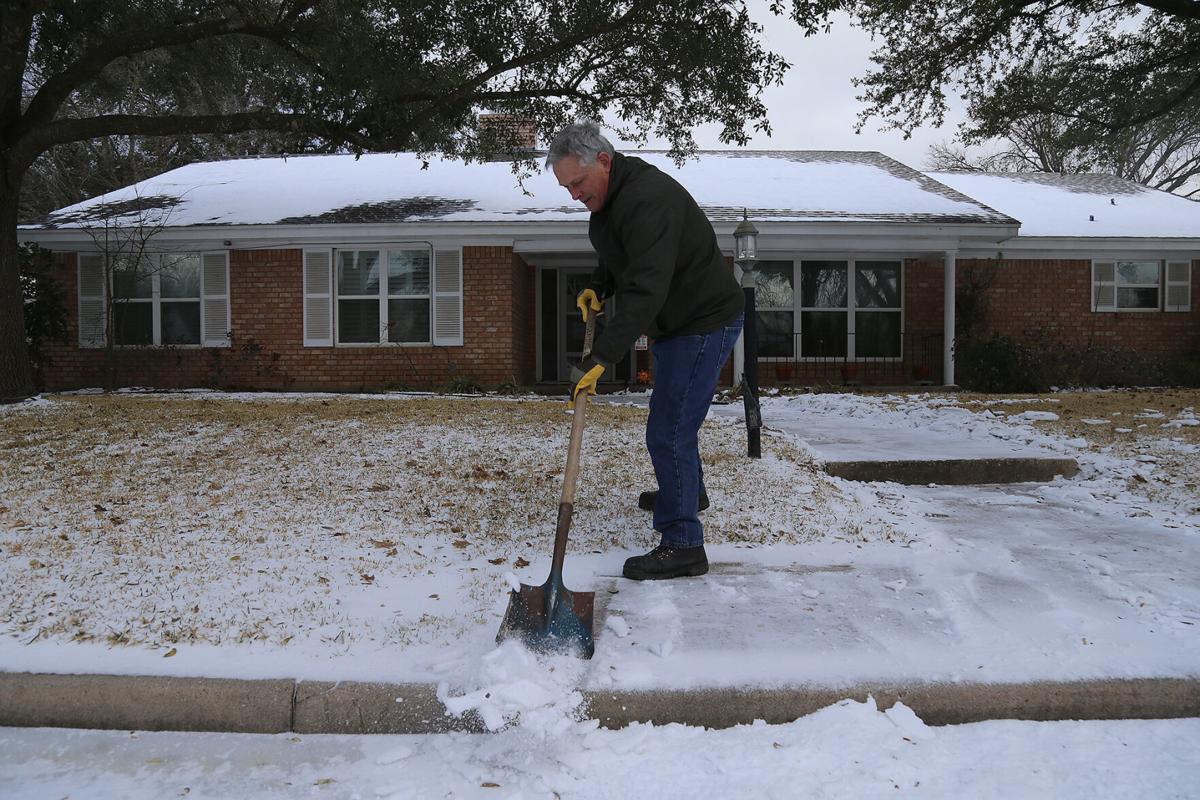 Martin Loftin Jr. clears snow and ice from his sidewalk in front of his home. 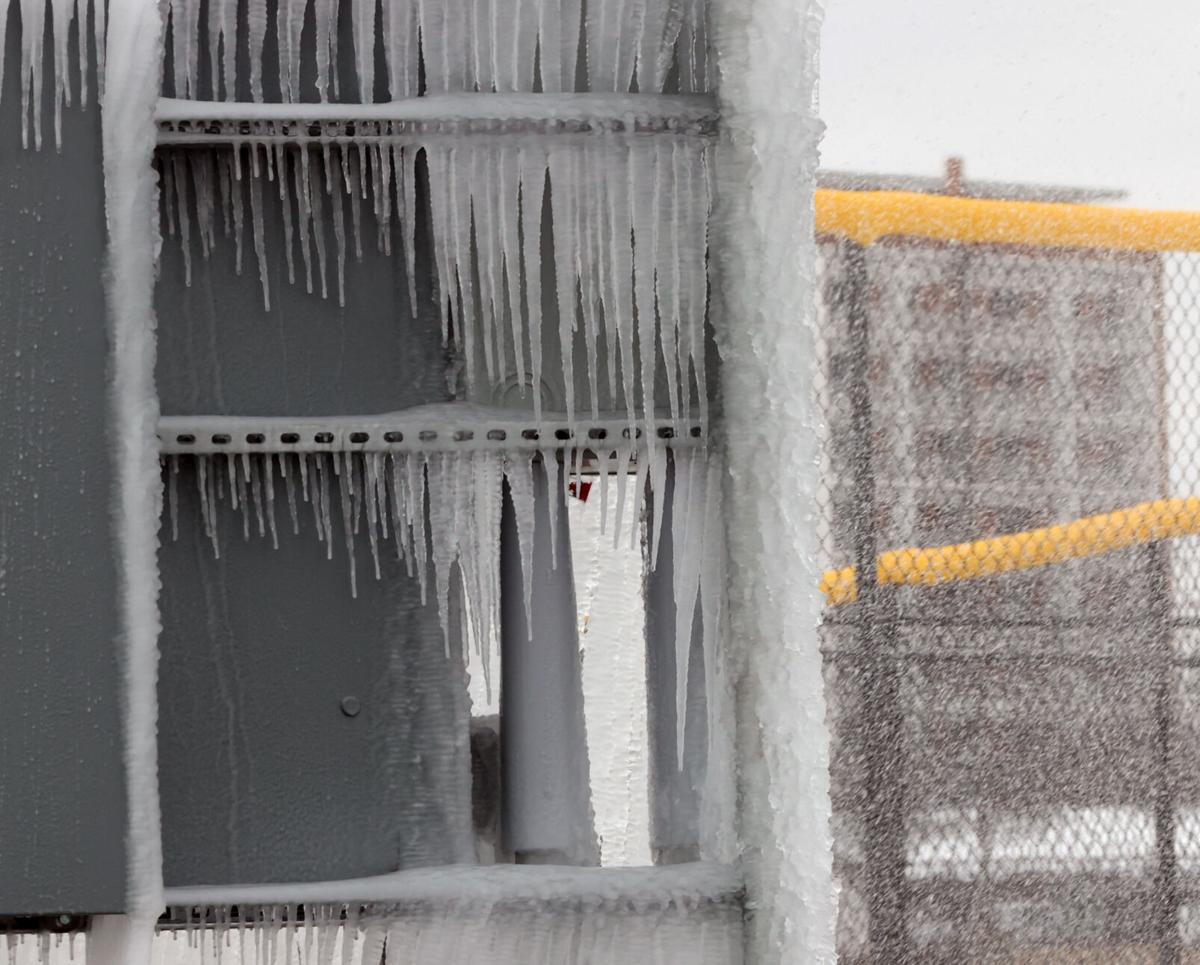 Icicles hand from a utility box next to the new Waco High baseball field. A temporary water system sprang a leak nearby. 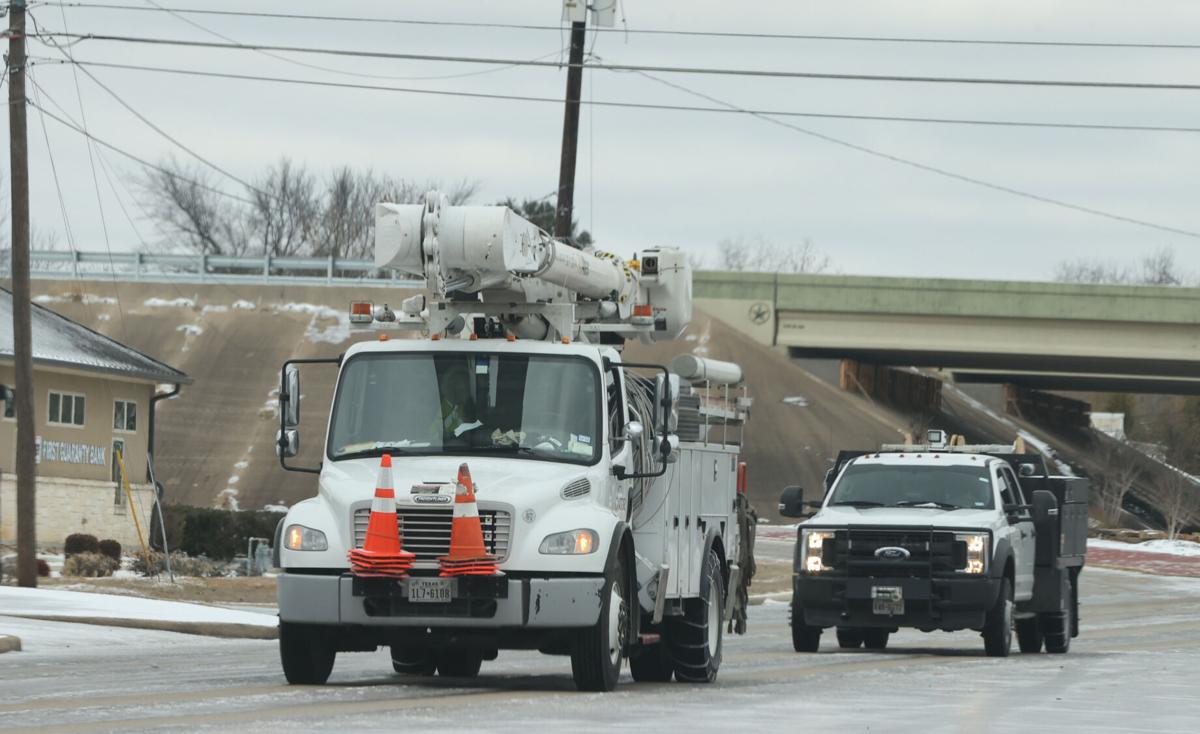 Oncor trucks pass along Texas Central Parkway. The power distribution company reported the most outages as of Friday evening in Hunt and Collin counties. 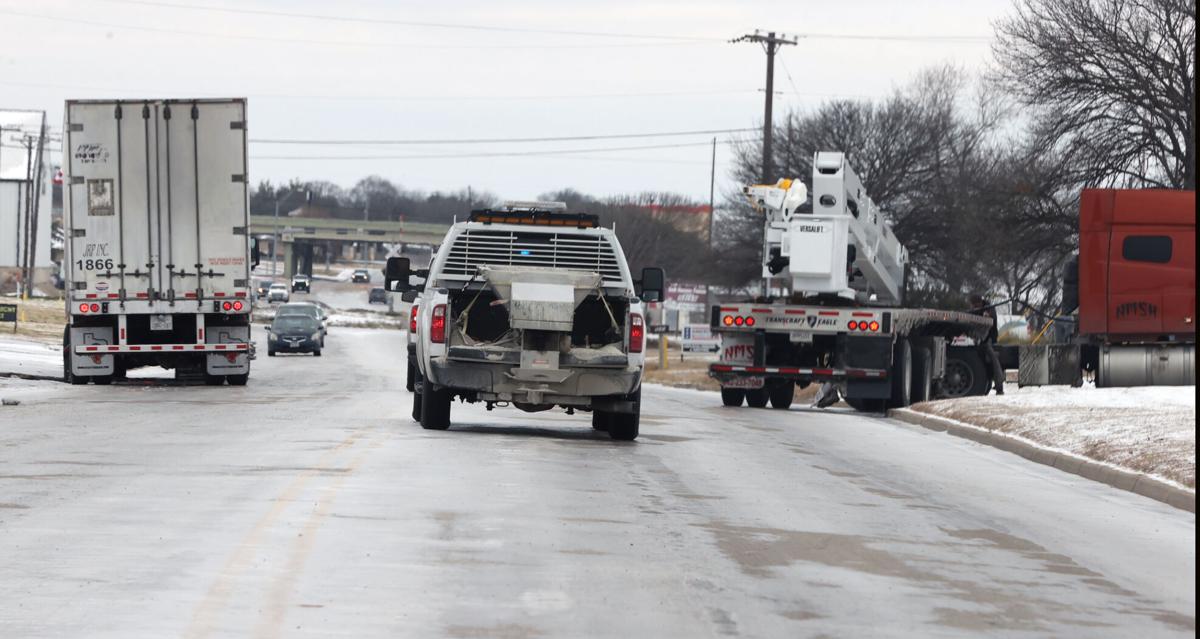 A city of Waco sand truck makes its way down Texas Central Parkway, where an 18-wheeler was stuck trying to get into an entrance. 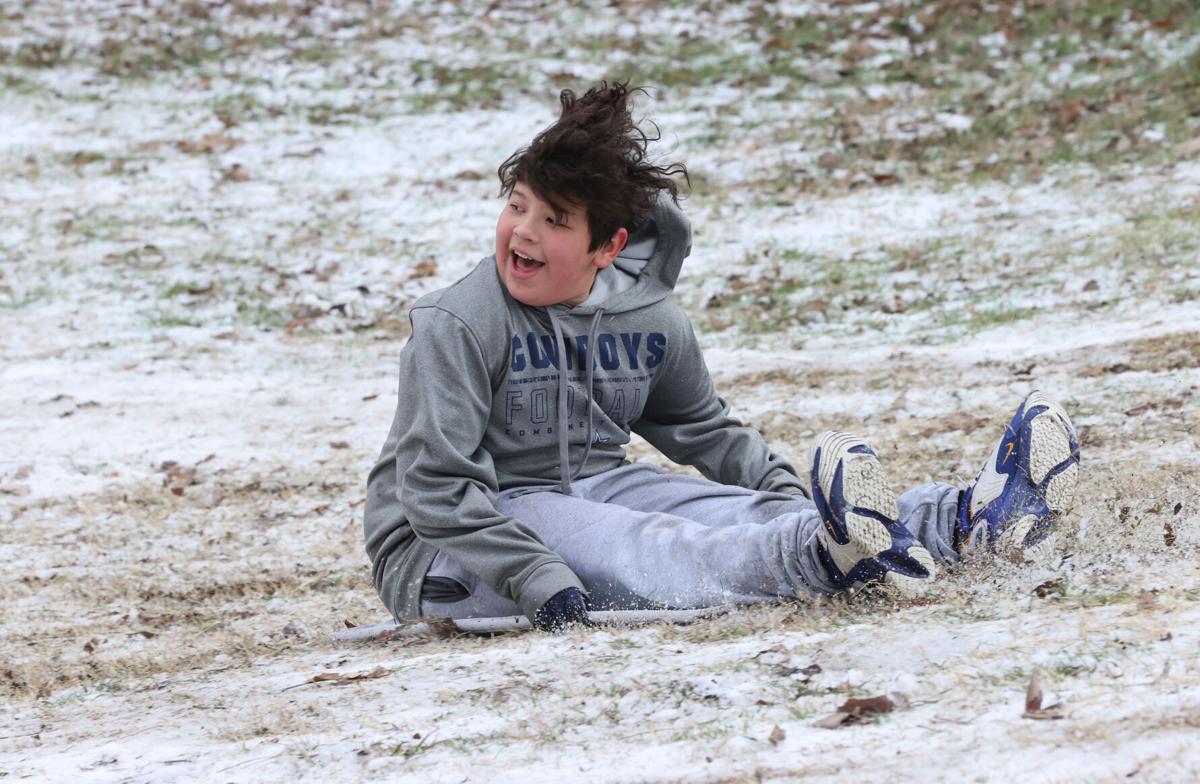 Xavier Rivera, 13, slides down a hill near Cameron Park on a makeshift sled. Xavier and his brother and father said they had done enough sitting in the house and decided to get out before everything melts. 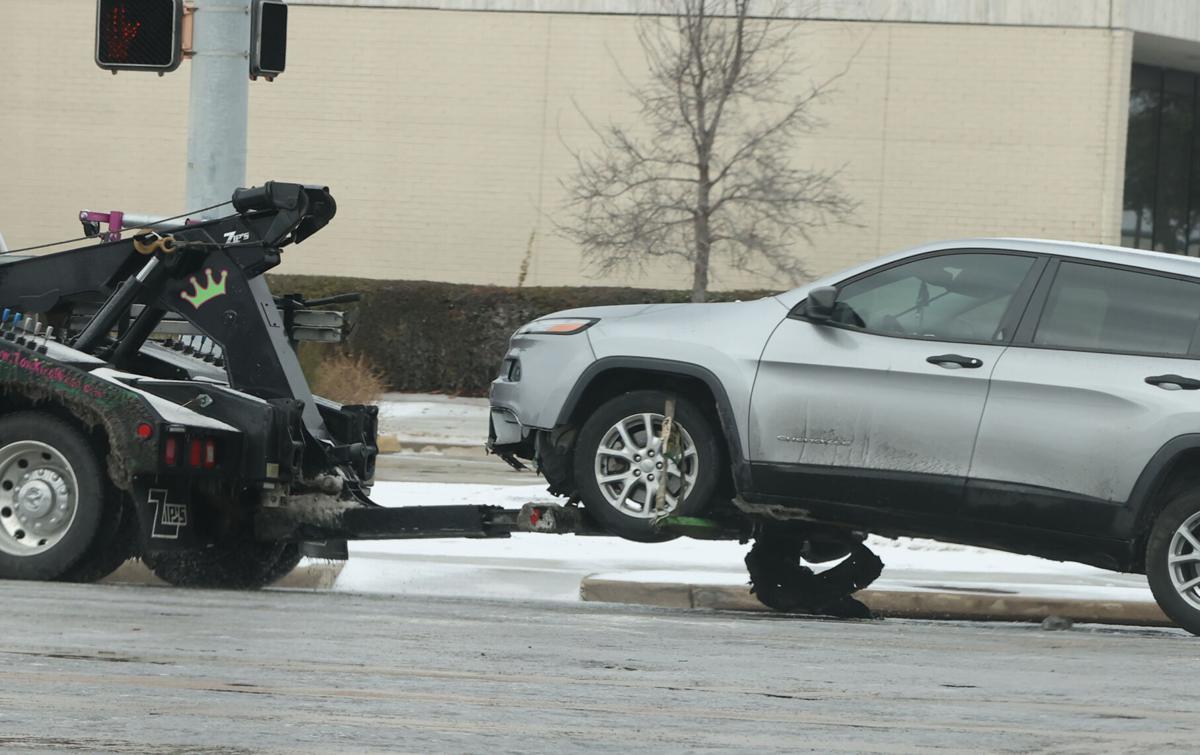 A wrecker transports a car Friday that hit a curb on Bosque Boulevard after hitting an icy spot on the road. 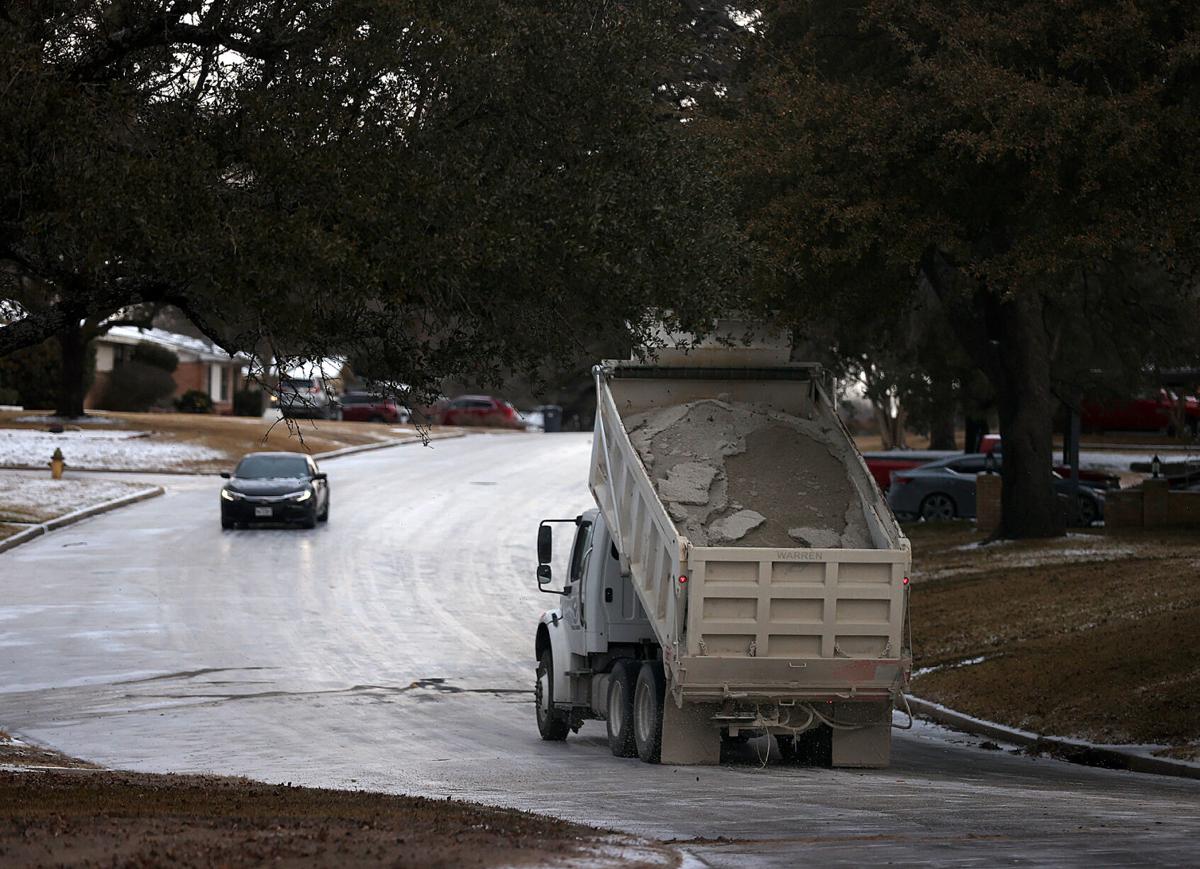 A city of Waco truck unloads material onto residential streets in an effort to improve road conditions. 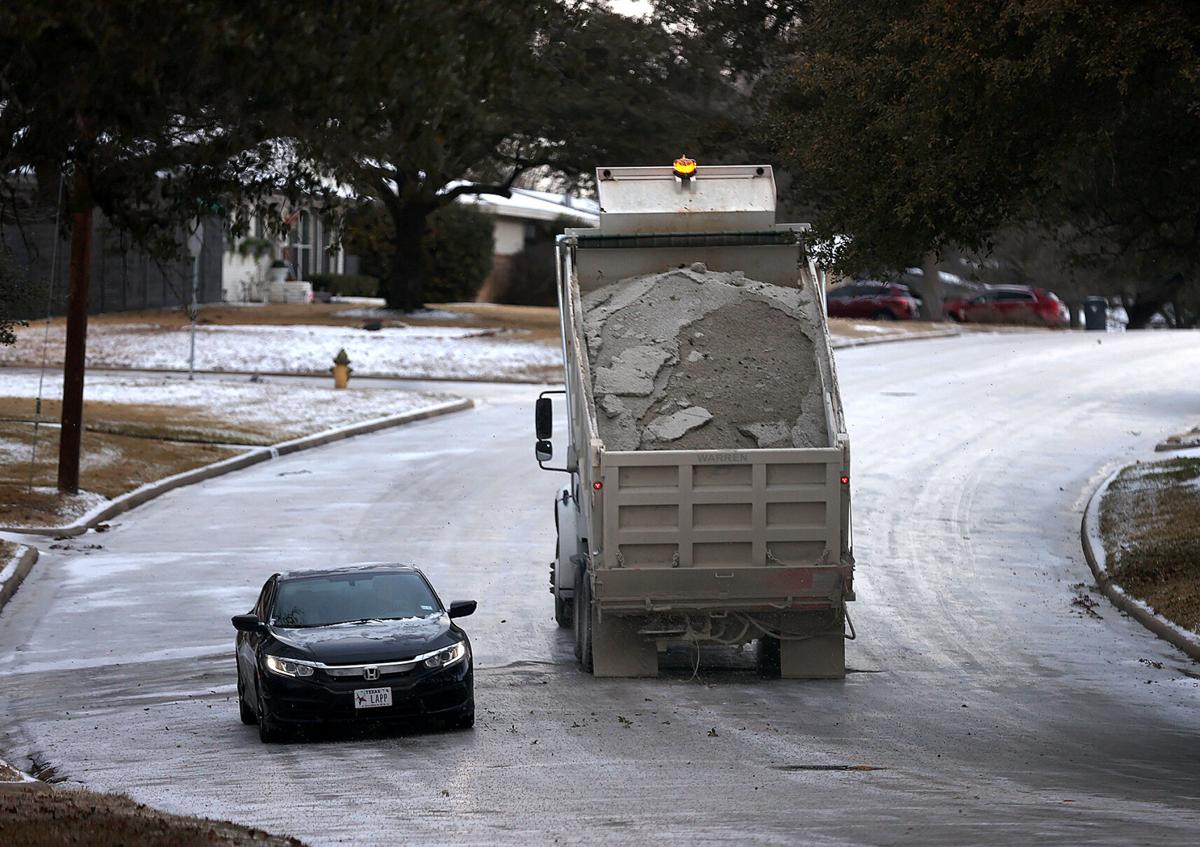 A city of Waco truck unloads material onto residential streets in an effort to improve road conditions.

Central Texas is not due for more snow any time soon, but nightly refreezing could leave patches of ice on roads for the next few days, according to the National Weather Service.

After an overnight low in the teens, Saturday is expected to bring sunshine, a high of 39 and south winds, which should clear up most of the wintery mix still frozen on the ground from Thursday and Friday, National Weather Service meteorologist Jason Godwin said. However, after dark the temperature will dip back below freezing, which means it will take until Sunday night or Monday morning for all frozen spots to completely melt and evaporate.

“We are going to see improvement from this point, but for the next few nights just be a little cautious until it looks like everything has completely cleared up,” Godwin said.

Temperatures are expected to dip back below freezing by about 8 p.m. Saturday.

“There could be spots anywhere, especially if it’s somewhere kind of shady where the sun doesn’t really get,” Godwin said. “There could still be some scattered patches of ice.”

Godwin said meteorologists predict more cold weather before March, but it is not possible to tell what kind of precipitation will come with it at this time.

Waco Police Department spokesperson Cierra Shipley said there are road closures in the Cameron Park area, and ice has caused some minor collisions but “nothing too major.”

“We’re just advising people to please stay home, even though it probably doesn’t look as bad as yesterday,” Shipley said.

She said public works and parks and recreation workers are clearing up some fallen trees and branches in Cameron Park. There are not nearly as many as there were last February, when hundreds littered the park’s roads before the major ice storm.

The city also has plans for an emergency generator at its main water treatment plant.

Some trucks now carry small generators that can power equipment remotely, facilities have been insulated and some equipment that froze last year is now wrapped in heat trace tape. The tape is wired to heat up to prevent freezing. Workers also added fuel stabilizer to the tanks of all diesel machines to prevent the fuel from freezing. Some workers stayed in hotel rooms, and more rooms were reserved, to improve the odds of being able to quickly access any damaged equipment. Cots were also available in city facilities.

Echols said there was no need for anyone to use the cots this week. He said there have been some water leaks throughout the city, and the department expects a few more to occur through Saturday and Sunday as the ground thaws.

As of noon Friday, there was one person taking shelter in the warming station the city set up at the Dewey Recreation Center.