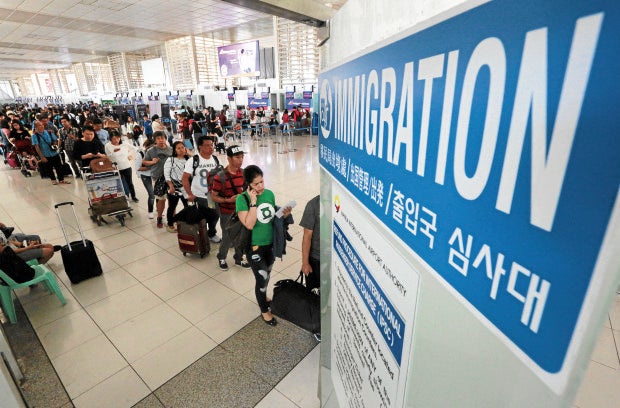 MANILA, Philippines – Bureau of Inmigration (BI) personnel stationed at the Ninoy Aquino International Airport (NAIA) and other major airports are not allowed to take vacation leaves to ensure that appropriate staffing is available to accommodate the traveling public during the Holy Week, a Bureau of Immigration (BI) official said Thursday.

In a memorandum, BI port operations division Atty. Carlos Capulong said all applications for vacation leaves, and applications for authority to travel abroad by any BI employee assigned at airports from April 7 until April 15 are disapproved.

“Normally, there is always a rise in the volume of arriving passengers before the Holy Week and increase in number of departing passengers after the Lenten break,” Capulong said in a statement.

BI Commissioner Jaime Morente affirmed the decision in preparation for the influx and exodus of a significant number of international travelers that usually occur during the Lenten season, said Capulong.

The BI also noted that since the government decided to open the country to all foreign travelers, passenger arrivals at airports have averaged between 13,000 and 15,000 per day since the first week of April, up from 6,000 to 9,000 in March.

Don’t miss out on the latest news and information.