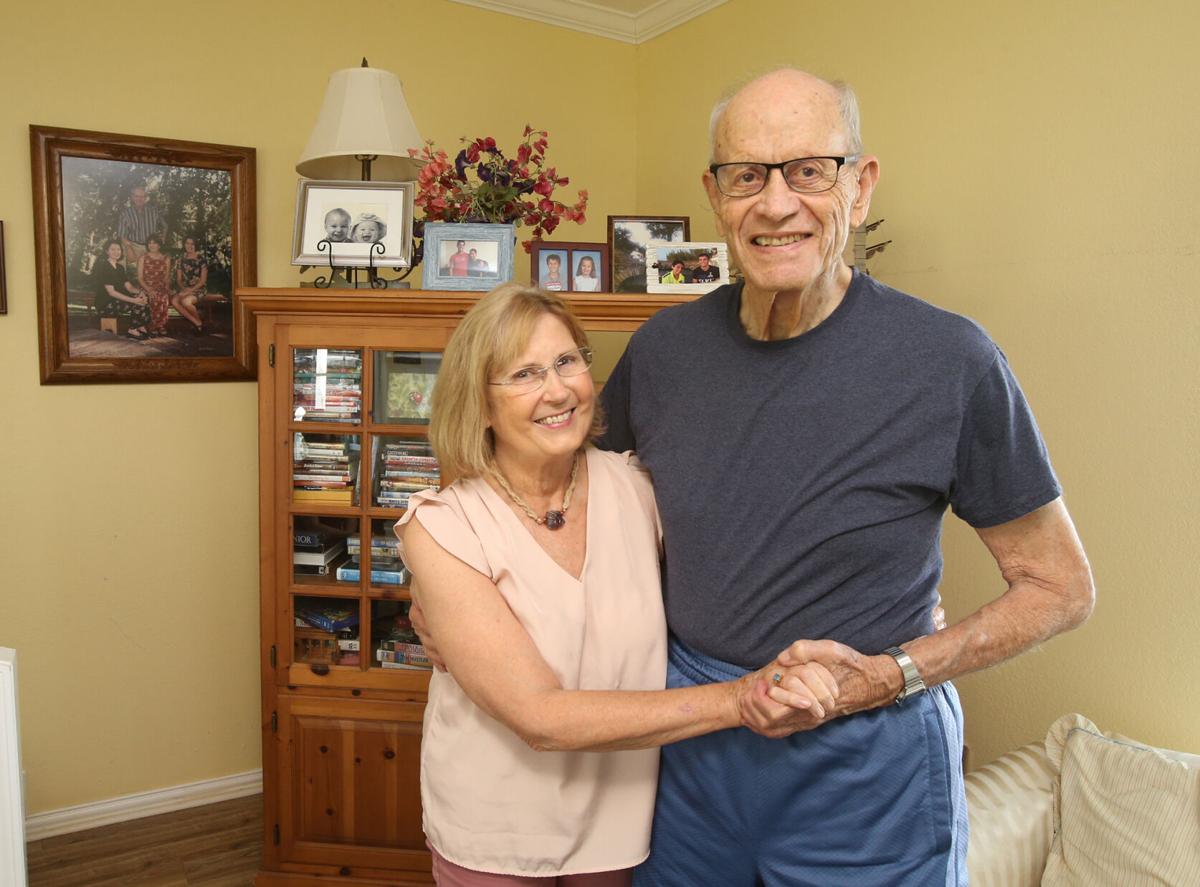 Stanley and Nan Rentz moved into his childhood home in China Spring, seen in this 2019 photo, a familiar setting that likely would have helped him cope with Alzheimer’s disease as it progressed. 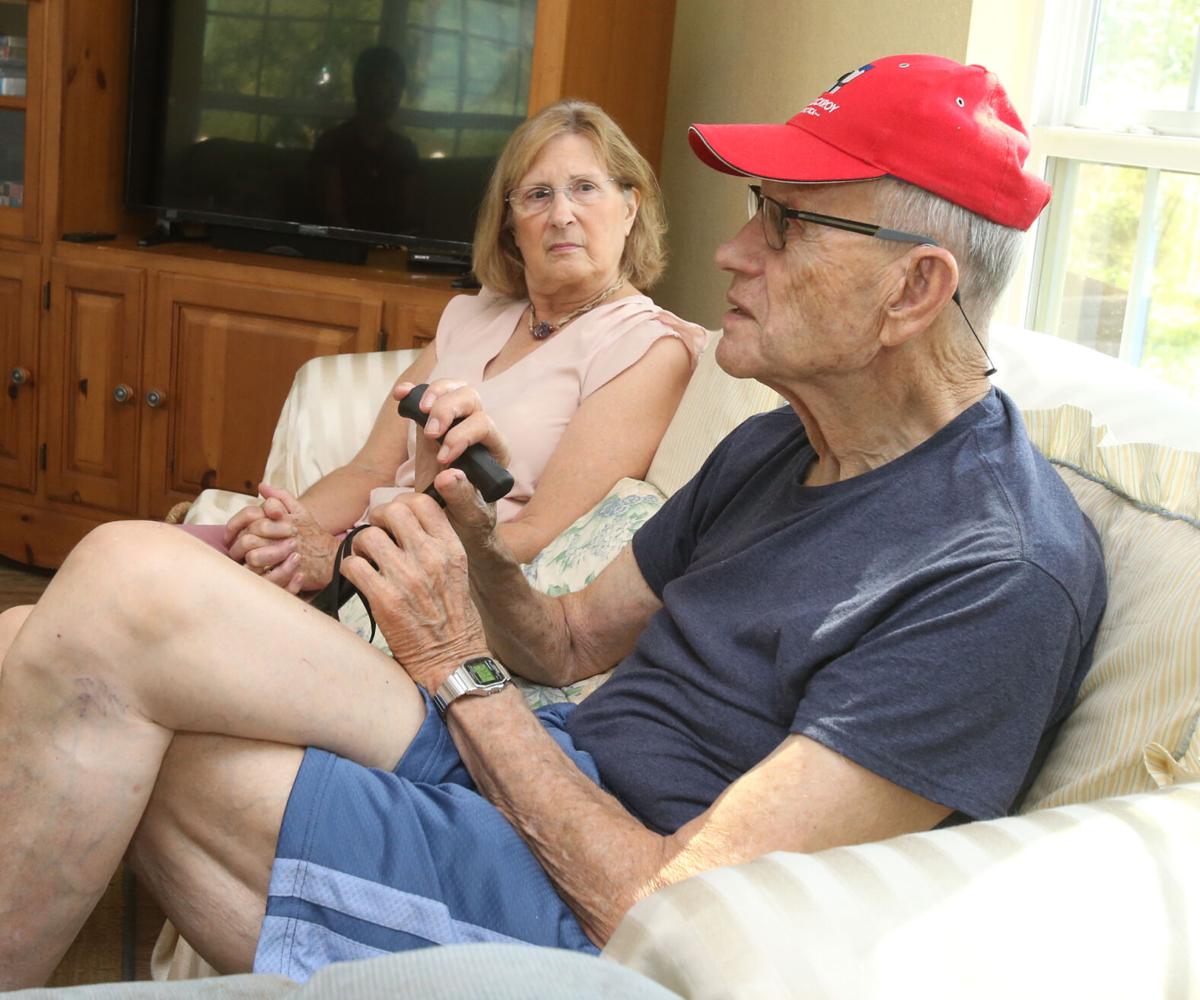 Stanley and Nan Rentz, in this 2019 photo at their China Spring home, discuss strategies to help him deal with Alzheimer’s disease.

Former McLennan County Judge Stanley Rentz, remembered for his willingness to help others, had one last altruistic gesture after his death Sunday at age 83. He donated his brain to aid the study of neurodegenerative diseases, including the Alzheimer’s disease that claimed his life.

Rentz was best known locally for serving as a McLennan County judge from 1982 to 1986 and best known nationally for defending Graeme Craddock, one of the survivors of the Branch Davidian siege, in court in 1993 and 1994. Family and friends remember Rentz as a soft-spoken, easygoing man who never declined to help someone who asked.

His daughter, Catherine Rentz, an investigative journalist, compared him to an oak tree, a tall and stable presence in her life. But ever since he was diagnosed with Alzheimer’s disease in 2010, she could tell branches were dying and falling away.

“He was such a beacon of knowledge. He was the guy who helped everybody,” Catherine Rentz said. “And so to see him lose his ability to do that is particularly sad.”

She said her dad was a farm boy with a lot of empathy for others and curiosity about the world. He taught her and her sister to consider the circumstances and stories of people with criminal records, an attitude that led him to defend Craddock later in his life. She credits her father with putting her on the path to an investigative journalism career.

“It was a window into the bureaucracy of government, and how sometimes the authority you hold up on a pedestal doesn’t always know what they are doing,” she said.

Stanley and his wife, Nan Rentz, met when they were both attending Baylor University and married during her senior year in December 1966. Nan Rentz said the two of them were “clueless” newlyweds, but he was as easygoing back then as he was later in his life.

As their family grew, they started taking camping trips, first in tents and eventually in a pop-up camper. Nan Rentz said her family bonded most over camping mishaps, rained-out trips and tents that fell into creeks.

Back home, Stanley coached local football games and played in softball leagues with his friends, including his lifelong friend Robert Clemons.

“He never got angry. He never got sad,” Clemons said. “He was a happy guy, but I never saw him emotional. He didn’t tell a lot of jokes, but he had mannerisms and said things that were funny.”

Clemons said Stanley was his fourth or fifth close friend to develop Alzheimer’s, but he is still struck by how long each one masked the disease’s progress.

“If you’re only seeing them once a week, once every 10 days, you don’t notice as much,” Clemons said.

Before that progression in her father had started, Catherine Rentz said she remembers watching live footage of the Branch Davidian compound burning down during her 11th grade government class and felt horrified.

She said her father came to view Craddock, an engineer from Australia who had no one in the States, as a naïve, introverted person who had been manipulated by a charismatic fraud. Craddock’s federal criminal trial was held in San Antonio. The travel took a toll on Rentz’s practice back in Waco, but he wanted to see the trial through, she said.

Even after the trial was over and Craddock received a 20-year sentence on a pair of weapons-related charges, a shorter sentence than many of his co-defendants, Stanley Rentz would break away during family reunions in Louisiana to visit him in prison. When Craddock eventually returned to Australia after serving his sentence, Rentz called him at his mother’s home to make sure he had gotten back OK.

For more than 10 years, Rentz and his wife, Nan, attended support groups for Alzheimer’s patients and their caregivers through the local chapter of the Alzheimer’s Association. Stanley Rentz maintained self-awareness as his condition progressed, apologizing for lapses in memory and voluntarily giving up working and driving.

Bobby Saylor met the Rentzes through the support group after the disease had left a void in his life. Saylor cared for his wife, Shelley, at home for nearly 20 years. She developed early-onset Alzheimer’s, and her condition worsened to the point he had to take her to a long-term care facility shortly before he met Stanley.

“I just sort of marveled at who he was,” Saylor said. “He was larger than life. He just seemed like a person who stood above the crowd.”

He became Stanley’s ride to a weekly men’s Bible study after Nan broke her foot in 2017, and for two years the two men bonded during the weekly drive.

“Before, my purpose in life way to take care of my wife, and now my purpose was to make sure Stanley got to Bible study every Tuesday morning,” Saylor said.

Soon Saylor became a group leader and spokesman for the support group, trying to educate families, Alzheimer’s patients and the general public about what the evermore prevalent disease does.

Saylor said like most people with Alzheimer’s, Rentz’s memories could come back if properly jogged. One day, the two were driving through downtown Waco, and Rentz insisted he pull over at the McLennan County Courthouse. He then proceeded to lead Saylor through the security check-in and through the building, giving him a detailed tour of his former workplace.

“A lot of times you’ll see fear on the faces of Alzheimer’s patients and they’ll sort of withdraw, but not Stanley,” Saylor said.

Nan and Stanley Rentz eventually moved back into Stanley’s childhood home in China Spring, where he was born in 1938. Saylor said those familiar fixtures: friends and family, a familiar city and his childhood home, were crucial to helping him cope with his condition. Too often, he said, family and friends can withdraw from someone diagnosed with Alzheimer’s because they are intimidated by the magnitude of it or unsure of how to treat someone whose mind is deteriorating.

“What happens is the patient’s social structure collapses, because they don’t know how to communicate with them,” Saylor said. “All they know is they’re a different person, and it’s disconcerting.”

After a surgery on a fractured hip last year, Rentz returned home for three weeks before Nan realized there was no way she could keep caring for him there. He went to The Brazos of Waco for physical therapy and long-term care in September.

Catherine Rentz said she saw her father for the last time over Christmas, when the family gathered at The Brazos of Waco. Though he was going in and out of consciousness, she said he reacted when she played old country songs, and he pulled her in for a hug.

“At least in our mind, he was waiting to say goodbye to us,” Catherine Rentz said.

After he passed away, his brain was transported to the Brain Bank at the Glenn Biggs Institute for Alzheimer’s and Neurodegenerative Diseases, located at the University of Texas Health Science Center at San Antonio. Vinutha Ganapathy, a coordinator at the institute, said tissue samples from donors will help doctors studying degenerative diseases learn more, pin down genetic factors that cause them and develop new treatments.

“(Neuropathologists will) look for all types of dementia as well as other any other neurological diseases that that person might have had,” Ganapathy said. “We look for any possibilities that could be there as a pathology in the brain.”

As part of the process, doctors will conduct detailed interviews with family members about the donor, their life, education, background, personality and symptoms, she said.

Once the analysis is complete, the institute will send a detailed report of its findings to the family.

“It wouldn’t be possible without the people who have this great trust in us to give this generous gift in order to provide answers to the scientific community,” Ganapathy said. “And in turn, we really make sure we will be able to provide some answers, sometimes even closure to the families or even provide some insight for the future generations.”

A memorial service for Stanley Rentz is slated for 11 a.m. Jan. 29 at DaySpring Baptist Church, 7900 Renewal Way in Waco.