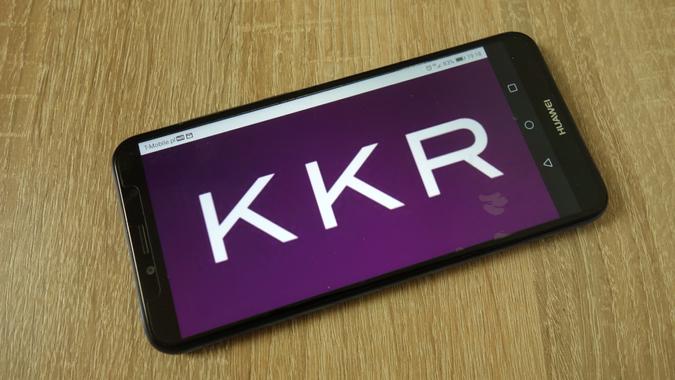 In a further sign that the traditional financial world is becoming rapidly interested in the metaverse, Wall Street giant KKR & Co. is reportedly backing metaverse company Animoca Brands, boosting the Hong Kong startup’s latest funding round to about $500 million, according to Bloomberg.

That round was led by Liberty City Ventures, with other investors including Winklevoss Capital, Soros Fund Management and 10T Holdings, among others, according to the announcement. Animoca said at the time that the new capital will be used to continue funding strategic acquisitions and investments, product development, and licenses for popular intellectual properties.

Tobias Batton, CEO and co-founder of Ex Populus, an Animoca-backed Web3 gaming publishing company,  told GOBankingRates that there has been a massive influx of money in the play-to-earn and blockchain gaming space from traditional global investment firms over the past few years.

“This recent investment by KKR & Co. into Animoca is further evidence of the momentum and potential of the industry,” Batton said. “The crypto economy and its use cases extend well past the stereotypical ‘crypto-bro’ and DOGE coin crazes. From the metaverse and gaming to peer-to-peer transactions to tracking responsibly sourced products from field to shelf, blockchain technology is the future.”

Batton added, “Legacy institutions are starting to take notice and put serious skin in the game; however, without the right approach and resources they may not be prepared for long-term sustainability.”

Yat Siu and David Kim founded Animoca in January 2014. Animoca Brands and its various subsidiaries develop and publish a broad portfolio of blockchain games, traditional games and other products, many of which are based on popular global brands, such as Formula 1, Disney, WWE, Power Rangers, MotoGP and Doraemon, according to its fact sheet. It also has 150 investments in NFT-related blockchain companies, including Sky Mavis (Axie Infinity), Dapper Labs (NBA Top Shot), OpenSea, Harmony, Bitski and Alien Worlds.

Animoca Brands is working to build the open metaverse by bringing digital property rights to online users through the use of blockchain and NFTs; these technologies enable the true digital ownership of users’ virtual assets and data, and make possible various DeFi and GameFi opportunities (including play-to-earn), asset interoperability, and an open framework that can lead to greater equitability for all participants,” the company said in its announcement.

Yaël Bizouati-Kennedy is a former full-time financial journalist and has written for several publications, including Dow Jones, The Financial Times Group, Bloomberg and Business Insider. She also worked as a vice president/senior content writer for major NYC-based financial companies, including New York Life and MSCI. Yaël is now freelancing and most recently, she co-authored  the book “Blockchain for Medical Research: Accelerating Trust in Healthcare,” with Dr. Sean Manion. (CRC Press, April 2020) She holds two master’s degrees, including one in Journalism from New York University and one in Russian Studies from Université Toulouse-Jean Jaurès, France.